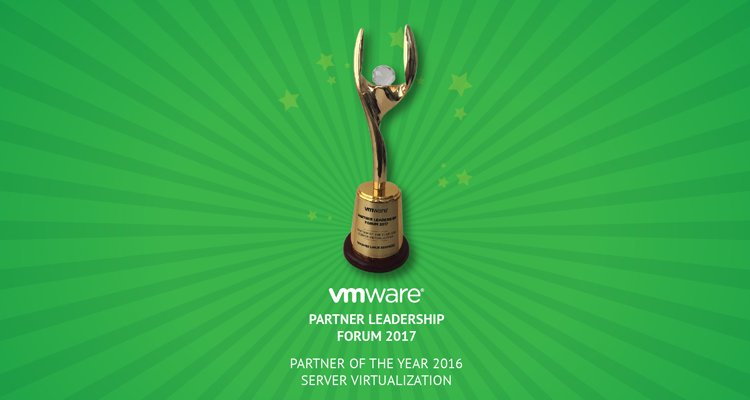 The Server Virtualization Award recognizes Taashee for its resolute efforts in enabling Business Continuity and providing Disaster Recovery. The company became successful in combining VMware’s next generation technology platforms with global virtualization standards. It has resulted in the absolute demonstration of server virtualization expertise by Taashee.

In an official statement released to the press, VMware announced that it was pleased to recognize the award winners, which are given to a confined group of partners in 2016 based upon their performance and expertise.

VMware is elated to witness Taashee secure the award, and we look forward to our seamless collaboration for several years to come in the future,” said the official spokesperson from VMware.

Having partnered strategically with VMware, Taashee is devoted to deliver virtualization, and cloud computing services that take digital transformation in organizations to the next level,” informed Manojkummar Garg, COO, Taashee Linux Services. “The VMware award we received matters a lot to us and strengthens our relationship further.

VMware Partner Leadership Forum 2016 is an ideal platform for VMware partners, which creates an ideal opportunity to engage with VMware representatives towards expanding business and implementing best industry practices. This invitation-only event is regarded best for executing go-to- market plans for the year 2017 and beyond.

We use cookies on our website to give you the most relevant experience by remembering your preferences and repeat visits. By clicking “Accept All”, you consent to the use of ALL the cookies. However, you may visit "Cookie Settings" to provide a controlled consent.
Cookie SettingsAccept All
Manage consent

This website uses cookies to improve your experience while you navigate through the website. Out of these, the cookies that are categorized as necessary are stored on your browser as they are essential for the working of basic functionalities of the website. We also use third-party cookies that help us analyze and understand how you use this website. These cookies will be stored in your browser only with your consent. You also have the option to opt-out of these cookies. But opting out of some of these cookies may affect your browsing experience.
Necessary Always Enabled
Necessary cookies are absolutely essential for the website to function properly. These cookies ensure basic functionalities and security features of the website, anonymously.
Functional
Functional cookies help to perform certain functionalities like sharing the content of the website on social media platforms, collect feedbacks, and other third-party features.
Performance
Performance cookies are used to understand and analyze the key performance indexes of the website which helps in delivering a better user experience for the visitors.
Analytics
Analytical cookies are used to understand how visitors interact with the website. These cookies help provide information on metrics the number of visitors, bounce rate, traffic source, etc.
Advertisement
Advertisement cookies are used to provide visitors with relevant ads and marketing campaigns. These cookies track visitors across websites and collect information to provide customized ads.
Others
Other uncategorized cookies are those that are being analyzed and have not been classified into a category as yet.
SAVE & ACCEPT
test popup
×

Welcome to Taashee, Please let us know if you need any assistance.